User experience is more than mechanics 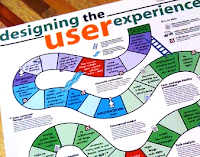 Boardgame fans are, by and large, a forgiving people. While emotions might run high sometimes, as they often do on public forums like Boardgame Geek and Consimworld, they often sound like lovers' tiffs. For instance, in last week's podcast, I got a bit worked up over the utter disregard that FFG shows for first-time players of Twilight Imperium, but I still love the game anyway.

People are a lot less likely to suffer the imperfections in other things. Software designers, for example, only recently admitted to themselves that (1) the average user really hates the average application, and (2) there's a harsh economic penalty (lost sales, wasted resources, etc.) for delivering software that is too difficult to figure out or use. Developers build applications for people unlike themselves, and boy, does it show.

USER EXPERIENCE IS MORE THAN USABILITY
As a result, concerns over user experience have skyrocketed in the last several years. In fact, if we roll back the clock a decade or two, the average programmer might not even have heard the phrase user experience. If they had, it might have been limited to trivia, such as where to put buttons in a dialog box, or how many menu items is too many.

User experience (abbreviated UX) is more than the sum of its parts. The positioning of buttons doesn't matter if the dialog box is incomprehensible. A well-designed dialog box is useless if the user can't find it. A highly accessible dialog box is worse than useless if it gets in the way of completing a task. Providing an easy path through one task has limited value if it takes 10 minutes to start using the application at all. A bad experience in some parts of the "application flow" will tarnish the user's perception of the other, better-designed parts.

UX FAILURES TARNISH UX SUCCESSES
Games can provide a bad user experience, too. The average gamer might have more personally invested in playing Dominion than using an airline ticketing application, so they're willing to put up with a bit more. However, their patience isn't bottomless. 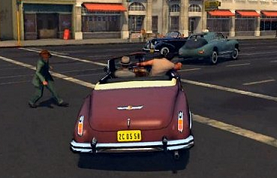 Unfortunately, game designers don't usually think in terms of user experience. Instead, they craft a set of game mechanics, bundle them together, and declare the game to be finished. They use some rough measures of user experience, such as rules complexity or average playing time, but these are very incomplete measures, much as the number of clicks needed to finish a task is only a partial measure of user experience in software.

This rule applies as much to video games as boardgames. I'm nearing the end of LA Noire, and man alive, what a disappointing user experience it has provided. The parts that excel — the interesting mystery plots, the overarching story about the aftermath of WWII —  are buried in game mechanics that are irrelevant and irritating to people who enjoy mysteries or film noir. I had hoped to play the game with my wife, who's a big fan of both, but there's no way she would sit through the repetitive car chases, foot chases, and shoot-outs.

Is user experience a problem, if boardgamers are a forgiving bunch? Yes, for one big reason: staying power.

GOOD UX KEEPS US PLAYING
Boardgames that provide a poor user experience, or just the wrong one, lose market presence. After the initial enthusiasm for new games, only a few retain a strong following. In December 2008, Battlestar Galactica was played 1231 times, among players who record gaming sessions on Boardgame Geek. In June 2011, that number dropped to 531, which isn't bad for an older game. Ghost Stories, another popular game in 2008, dropped from 1121 plays to 353 in the same period.

You can't attribute Battlestar Galactica's success to the popularity of the TV show, since many if not most licensed games are miserable failures.  Marvel Comics may be responsible for two summer blockbuster movies, Thor and Captain America, but the Marvel Heroes boardgame has only 38 logged plays in June 2011 on Boardgame Geek. Battlestar Galactica continues to draw players because it delivers a good user experience, one part cooperation, one part "Who's the toaster?" paranoia — just what you'd expect from a game based on the TV show.

Although many of you might disagree, I don't think that Marvel Heroes was all that bad of a game. However, it didn't deliver the user experience players might have expected from a superhero game. (And it's hardly alone among games about that genre that don't feel like comic books. What's up with that?)

Soren Johnson, the designer of Civilization IV, identifies this potential disconnect in an excellent series of blog posts about the difference between theme (what the box says the game is about) and meaning (what playing the game is like). Meaning is a big part of user experience: Does Marvel Heroes feel like a comic book? Does Descent feel like a proper dungeon crawl? How well the game delivers this experience is just as important as other qualities of the game, such as whether it's any fun to play, or too long, or aesthetically repulsive.

User experience is at the heart of my continued skepticism about Mansions Of Madness. Since I can read, I know what the theme is. However, after playing the game, I don't know what the game is supposed to be about. Is the main point competition between the keeper and the players? The mechanics imply that's the case, since players have to focus on moving through the house and overcoming obstacles (locks, monsters, darkness etc.) fast enough to resolve the challenge successfully. Other people have argued that it's a storytelling game, in which the mechanics generate a Lovecraftian story. If so, Mansions Of Madness fails, if for no other reason than the win/lose mechanics that are not part of the Call Of Cthulhu role-playing game, which is designed to re-create the experience of the Mythos stories, even if the Keeper has to fudge die rolls or plot developments occasionally to make it work. (To borrow James Carse's terminology, Mansions Of Madness is a finite game, and Call Of Cthulhu is an infinite game.)

User experience should be the basic requirement of any game. As someone who is trying to design his first wargame, I'll say that, as a starting point, the intended user experience does help a lot with the process. Rather than succumbing to the temptation of throwing in mechanics because they might be significant, I'm pruning things that don't contribute to the user experience.

Some designers seem to be very good at user experience. The average Martin Wallace game, for example, has the right feel, whether it's competing in the early days of the automobile industry, competing as the overlords of war-torn Poland, or pulling every devious trick you can imagine in Renaissance Italy. Since not everyone has this knack, I'd make user experience an explicit requirement at the beginning of design, instead of releasing a game that succeeds on all the usual measures (balance, complexity, etc.), but matches the intended experience as much as Microsoft Word resembles the process of writing.
Posted by Kingdaddy at 10:55 AM