I've Been Diced! episode 17: The enduring appeal of Cosmic Encounter

Cosmic Encounter has been around for decades, with a dedicated fan base. What's the secret behind this boardgame's lasting appeal? Is Scott suffering from a Virus, a Fungus, or an enlarged Macron? Why are there so few games like Cosmic Encounter? During the Games Off The Beaten Track segment, we'll mention a few of those Cosmic-esque, Encounter-ish games.
Posted by Kingdaddy at 11:46 PM No comments:

It's the week for good posts about wargaming. Anyone with an interest in wargames -- interested in diving into them, still getting your sea legs, or an old salt -- should read this post on Boardgame Geek. The author has some very thoughtful observations about wargaming's "barriers to entry," written from the perspective of a relatively new player. Some of the points he makes are not what you'd expect, given the received wisdom on this topic. For example, I strongly agree with his point made near the end of the post about relying too much on "gateway games."
Posted by Kingdaddy at 10:30 AM No comments:

Excellent series about War In The East

If you're a wargamer, you should read Bruce Geryk's blog posts about War In The East, the PC Monsterspiel about the Eastern Front in WWII. War In The East isn't cheap – at $80, it's about as expensive as the typical Fantasy Flight game – so you can use Geryk's posts to decide whether it's the game for you. He also uses the occasion to muse about wargaming in general. How important are the details? Do wargames build credible narratives? What should games help you visualize? What assumptions do we make that perhaps we shouldn't?
Posted by Kingdaddy at 11:09 AM No comments:

There's a bumper crop of electronic versions of our favorite board games. The desktop, laptop, mobile device, and browser provide electronic versions aplenty. But which are any good? What makes them good? Do they increase or decrease sales of the physical versions? Should boardgame publishers be cool with other people developing electronic versions of their titles? And will Paul ever get an AI opponent for Advanced Squad Leader? Plus, I recommend a few boardgame-like wargames for the PC. (c) 2011 Tom Grant
Posted by Kingdaddy at 8:19 PM No comments:

The choice between production quality and innovation 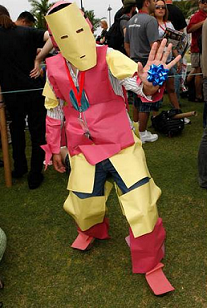 During the latest I've Been Diced! podcast, we spent a fair amount of time talking about Victory Point Games, a very different kind of company in today's crowded boardgame market. VPG's business model centers around ease of first-time publication: lower the bar of entry for new designers and new designs by keeping costs as low as possible. As a result, VPG violates all the popular assumptions about what makes a good boardgame company, and still they have dedicated fans.

Here's a quick rundown of their heresies:


The result? A lot of very affordable games on cool themes, at a higher than average level of critical success. Even when tough reviewers find flaws within a particular VPG title, they also find a lot to recommend them. (Click here for an example.)

VPG is filling a niche that Metagaming once occupied in the late 70s and early 80s, the micro game company. Astra Titanus, a VPG title, is a modern re-theming of OGRE, one of the first micro games that Metagaming, so the lineage between Metagaming and VPG is pretty direct. Not surprisingly, Metagaming also de-emphasized production quality, with similar results.

To illustrate, let's set the time machine controls back to 1977, the year that Metagaming published OGRE. The people at Metagaming don't know it yet, but OGRE and its sequel, GEV, will continue to be played for the next 25 years. OGRE is a creative leap that might easily fail, a game in which one player has only a single counter on the map. The game could be an exciting struggle between two very different combatants, or a game in which only one side has interesting choices to make.

Not all of Metagaming's first titles will be successes. Warp War, for example, will get some good early buzz, but it will disappear from gaming tables in a couple of years. Rivets looks like a cute game of battling robots, but it will wind up in the scrap heap rather quickly. However, Melee will turn into an enduring favorite that spawns another game, Wizards, that will evolve into a new RPG system, The Fantasy Trip, which will evolve again into GURPS.

Metagaming can afford to take risks with its game portfolio, because the games are relatively cheap to produce. Each microgame comes in a ziplock bag. The customer has to cut out the pieces from the single piece of cardboard that comprises the counter sheet. The graphics on the counters, or in the rulebook, or on the map, are lower than average quality for the hobby. Some of the games that go into these modest packages might turn out to be surprise hits; others that seemed promising may turn out to be flops. At $3 per game (about $10 today, adjusting for inflation), both the publisher and the customer can afford to take these risks.

During the same year, Avalon Hill is enjoying a fantastic run of successful innovation. In 1977, Avalon Hill published Squad Leader, Victory In The Pacific, and Rail Baron. Other titles in Avalon Hill's 1977 catalog won't reach the same status as classics, but the company's rigorous playtesting has led to a pretty good success rate. Avalon Hill may be investing more in components (mounted maps, high-quality box art, etc.), but the games that these components bring to life are, on average, pretty solid.

SPI, the other wargame giant of the hobby in 1977, seems to be doing just as well. (Warning: If you are an older grognard with fond memories of SPI, you may be offended by what I'm about to say.) However, that success is somewhat fleeting. The titles that SPI publishes in 1977 are not going to have the same enduring appeal of OGRE or Squad Leader. There will be noble failures, such as War Of The Ring and A Mighty Fortress. With a few more development cycles, these games might have been classics. Unfortunately, most of SPI's 1977 publications -- Canadian Civil War, Raid!, The Conquerors, StarSoldier -- will turn out to be immediately forgettable. In 25 years, very few will remember them, and no one will be playing them.

But everything in SPI's 1977 catalog looks good out of the box. The company takes on interesting themes. The graphic art elements of these games are top notch. (Tim Kirk's art for War Of The Ring is outstanding.) Every game comes with a counter tray, the 1977 equivalent of the 2011 box insert for easy component storage. If Boardgame Geek had existed in 1977, these games would have received rave "out of the wrapper" reviews. The reviews themselves would have received lots of thumbs up from people eager for first reports about these well-produced games.

The year 1977 in the history of boardgaming has an obvious moral: successful innovation doesn't come for free. The average SPI or Avalon Hill game takes more money to publish than a Metagaming microgame, which makes it more expensive for the individual gamer to buy. The customers of Avalon Hill and SPI come to expect a certain quality of presentation in their games, so these companies have to invest more in graphic design, printing, and distribution. With finite resources, each of these companies has to choose priorities: production quality over number of titles? Number of titles over time spent on design review and playtesting?

Avalon Hill managed to juggle these priorities more successfully than SPI, but both companies dropped the ball repeatedly. Metagaming did too, but their flops, such as Ice War, left customers far less angry than expensive failures like Princess Ryan's Star Marines. (And which does less damage as an introduction to the hobby?)

Let's return to 2011. The point of our trip isn't to say that every company today needs to be like Metagaming. As in any market, there's room for different types of companies, from the specialists (Multiman Publishing) to the generalists (Fantasy Flight Games), from low complexity (Z-Man) to high complexity (GMT), from non-existent production values (Cheapass) to high quality components (Rio Grande).

The entire boardgame hobby ecosystem benefits from having these lower-cost, lower-risk laboratories of innovation like Metagaming and Victory Point Games. Unfortunately, not everyone with a loud opinion on BGG, the main forum for discussion about boardgames, recognizes that fact. Many well-produced games that get high praise from BGGers disappear into obscurity as quickly as Canadian Civil War. Some people reflexively sneer at games that lack the rococo aesthetic of FFG titles. And others don't recognize the trade-off that companies have to make among competing priorities, such as quality of the game design and quality of the game components.

Here's a moment when this choice between production quality and game quality matters. Many people are unhappy that Games Workshop didn't publish more copies of Space Hulk third edition. Space Hulk is a great game, and it's a shame that it's now very expensive to get a copy of any edition. Meanwhile, Victory Point games has a Space Hulk-ish title, Forlorn Hope, that by some accounts is a better game. Rather than bemoan the short print run of Space Hulk, or spend close to $200 on a copy, why not take a chance with Forlorn Hope? Unless your only interest in Space Hulk is the miniatures, you may get a lot more enjoyment out of a much smaller outlay of cash. VPG will put that money into publishing other games you might want to play, many with novel mechanics and interesting themes. And you'll be able to buy several of them for the cost of one copy of Space Hulk.
Posted by Kingdaddy at 5:15 PM 1 comment:

I've Been Diced! episode 15: Successors is where the love begins

Our main topic is Successors, the 4-player card-driven wargame from GMT. We really like it, but that's just the beginning of the lovefest this episode. We also love Magic Realm, which for most of us finally just clicked. Dave compares Magic Realm to Victor Hugo's novels, and Tom compares it to Super Street Fighter. We also like some new games, such as Fighting Formations: Grossdeutschland Motorized Infantry Division, Astra Titanus, and 51st State. And we even love Paul behind his back! Finally, Tom discusses why we love OGRE, and would love more games like it. (c) 2011 Tom Grant
Posted by Kingdaddy at 9:09 AM 2 comments: